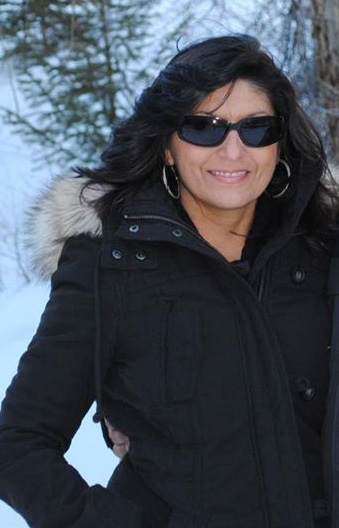 Growing up, Terri always had a pencil or chalk in her hand, drawing everything from her feet and hands to drawing portraits of newscasters on TV.  She knew that there was a good chance that newscasters would give her ample time to get the image down on paper before they disappeared from the screen.  In her senior year in high school one of her still life drawings received a first place award.  Terri eventually got married and had two children but continued to draw in her spare time always knowing someday she would be able to pursue her passion in art. In 1989 Terri moved with her family to Alamosa, taking drawing classes at Adams State.  Four years passed and Terri and her family returned home to her native Colorado Springs where she continued to draw at Bemis School of Art.  Shortly thereafter she discovered Cottonwood Art Academy (now Cottonwood Center For The Arts) where Terri rented a studio and continued to draw and paint for ten years.

During this time Terri was first introduced to plein air, the study of outdoor painting. Plein air painting opened up a whole new wonderful world allowing her to see clean color, light, shadow and atmosphere.  As in drawing the figure, Terri learned to see all the nuances nature had to offer.  She understood that a lot of the same concepts of value used in drawing the figure were concepts she could apply out in the field painting the landscape.  In 2002 Terri decided to take her career to the next level of being a professional artist and started gaining recognition for her paintings such as showing in galleries, participating in art shows and plein air events all over the country.