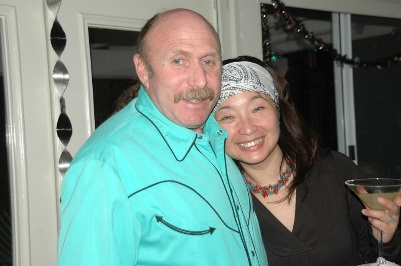 In 1971, Alan’s first pottery studio was a primitive set up with alternative sources of energy used for living as well as working. The first two kilns were salt and wood kilns with a kick wheel and not much else. Developing a style of his own, Alan started formulating shiny glazes of blues and bright colors, which have remained his trademark.
After eleven years he moved his studio to downtown Salida, Colorado. In late 1980s the emphasis of the pottery became dinnerware place. Each functional piece of pottery is dishwasher/microwave/oven safe and, of course, lead-free. In 1996 the pottery moved once again, this time to Villa Grove. 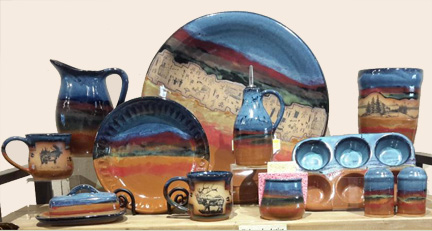 Shop now or call to speak with a sales associate for additional assistance.
Earthwood Artisans 970.586.2151